The 86th Academy Awards are just days away, so it was about time that Film Trance gave you the run down of what to expect come Oscar night on Sunday. The awards will be hosted by Ellen DeGeneres at the Dolby Theatre, Hollywood, who previously oversaw proceedings back in 2007, and will be available to watch live on channel Sky Movies Oscars from 1:30am (Monday 3rd March, UK time).

Space thriller Gravity (10 nominations) and the epic slavery based drama 12 Years a Slave (9 nominations) are the two most nominated films coming into this year’s awards. Dallas Buyers Club holds 6 nominations, whilst Martin Scorsese’s controversial The Wolf of Wall Street and Spike Jonze’s Her have 5 a piece.

So here we go: Film Trance’s own 2014 Oscar predictions, as well as our own thoughts on who we would like to win. You know, if we got to choose… Let us know what you think. 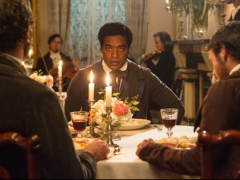 The bookies say: 12 Years a Slave

Our winner: Despite it being the strongest Best Film category for quite some time, there is no looking past 12 Years a Slave. Gravity is a visual masterpiece, but McQueen has put together one of the most harrowing, yet beautifully crafted, films of recent years.

Our winner: It is a joke that Tom Hanks was not nominated for one of the strongest performances of his career in Captain Phillips, but moving on… It really is a tough one. The Wolf of Wall Street showed off a different side of DiCaprio, one filled with energy and flamboyance. But McConaughey and Chiwetel Ejiofar, pound for pound, took it right to the limit emotionally, and in McConaughey’s case, physically. Either would be a worthy winner, but forced to choose we would go with the resurgent Matthew McConaughey. 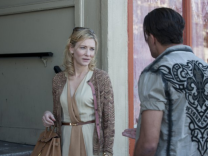 Our winner: Simple: Judi Dench. Cate Blanchett has this in the bag, but we found her performance to be, quite frankly, unbearable. That was kind of the point, we know, but it was far too over-bearing for our taste. Dench, however, found the perfect balance between charm, wit and emotion in a film that had us in bits. Philomena rocked our world, and Dench’s performance was out of it. 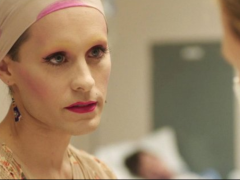 Our winner: It would be a shoot-out between Bradley Cooper and Jared Leto. Cooper’s [who we would have loved to have seen beat Daniel Day-Lewis for his inevitable Best Actor win last year] portrayal of FBI agent Richie DiMaso was the most enjoyable to watch, but Leto’s performance was agonising to watch, for all the right reasons, and would just sneak our vote.

Our winner: As great as Sally Hawkins was in Blue Jasmine, and despite how Julie Roberts successfully stood toe-to-toe with Meryl Streep in August: Osage County, it really could go either way between Lupita Nyong’o and Jennifer Lawrence. Nyong’o’s performance was raw and powerful: full of fear and emotion, whilst Lawrence was sassy and exuberant, with a vulnerable edge. Again, it is a fine margin, but J-Law would just edge it. 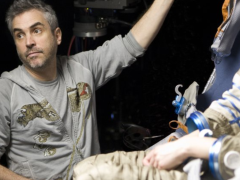 Our winner: Despite Gravity’s groundbreaking visual and sound achievements in depicting life in space so vividly, 12 Years a Slave was, in its own right, a directorial masterpiece. Steve McQueen’s use of imagery, added together with a fantastic score by Hans Zimmer, made for numerous heart-wrenching moments, and one all mightly powerful film. Cuarón will win on the night, but our vote would go to McQueen. 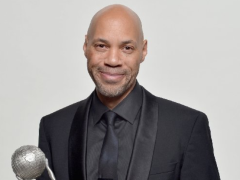 Our winner: We adore Philomena. Its biggest strength, bar from two excellent performances from Judi Dench and Steve Coogan, is in its writing (by Coogan and Jeff Pope). It is a charming, yet highly emotive film, that will send you through the motions. It will make you laugh, cry and shake your head in disgust at what is a heart-wrenching tale told so beautifully by a very talented team of writers.

The bookies say: Spike Jonze (Her)

Our winner: We have not doubts Her will walk away with the golden statue, but we were not big fans of Jonze’s twisted love-affair. American Hustle may not have the most original of plot lines (nor, fundamentally, does Her), but its real strength is the characters Warren Singer and David O. Russell have created. A stellar cast helps, but it is down to the writing of the pair that makes the characters so easy to enjoy.

Verdict: We reckon the bookies have got it pretty much right, but with the J-Law love-in in full flow, it should not come as a surprise if she nips in front of Lupita Nyong’o to grab the golden gong for her second win in as many years. Keep an eye on Chiewetel Ejiofar for Best Actor too. We believe it will be closer than the bookies believe, as Ejiofar has had a very successful awards season in his own right, however our money is still on McConaughey, just. Other than that, it is just down to the clash of the titans: 12 Years a Slave v Gravity – who will come out on top?

The full list of nominations for the 2014 Oscars can be found here.

We will be tweeting along with the ceremony, so make sure to follow us on Twitter (@FilmTrance) and let me know your thoughts .